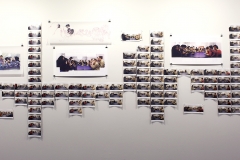 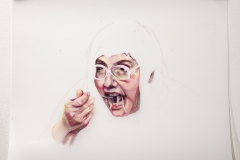 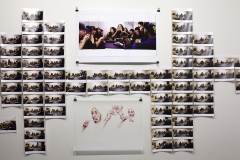 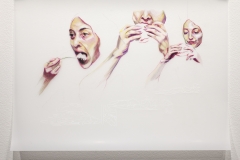 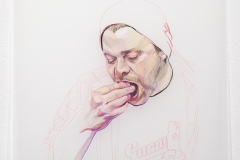 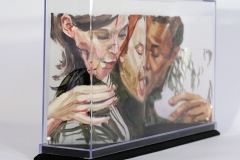 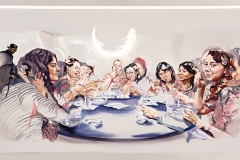 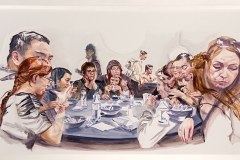 Cafeteria and Cafeteria II (exhibited at Gallery 1C03 in the University of Winnipeg) explored the university cafeteria as a specific food-based experience that elicits particular behaviours from a specific community.  Artist Elvira Finningan and I collaborated to record and recreate the nuances of the university cafeteria through our own separate art practices. Cafeteria (2016) was an experimental, evolving exhibition that began by transforming the gallery into a temporary, functional cafeteria where students signed up for a free lunch and in exchange consented to having their images recorded with time-lapse cameras. I used the gallery as a studio, posting in-progress work as I sorted through and interpreted thousands of photos. Cafeteria II (2017), was a more meditative exhibition.  Using the time-lapse photographs as source material, I created three large scale double sided mylar paintings that were suspended from the ceiling in the centre of the gallery.  The paintings were installed where the tables once sat, creating an immersive environment that recalled ideas of time passing, transient bodies, ghosts, and memory.